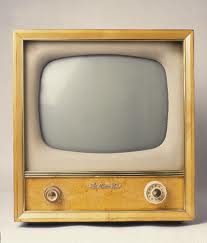 There is an ongoing argument around TV and Film fan forums and social groups about whether TV content and Films should be dubbed or subtitled. Lots of people are complaining that dubbing often spoils the quality of the content and the overall experience of watching TV series or movies. There are arguments in favor of both dubbing and subtitling techniques and here are the pros and cons of the both media content language localization methods:

Dubbing Pros:
1. You don’t need to be stuck to the TV screen to follow the onscreen action
Are people really watching TV? Or are they listening to TV?

Recent marketing researches show that many people are actually listening to TV while doing something else around the house. Dubbing allows them to do multiple tasks and still keep track on the onscreen action.

2. Dubbing is suitable for viewers with visual impairment.
Many elderly people have problems reading subtitles. Besides, reading subtitles for a longer period of time could lead to a headache, burden and even damage your eyes.

1. You don’t hear the original celebrity actors’ voices
It could be very irritating when instead of De Niro’s or Al Pachino’s voices, you are listening to a dubbing actor’s voice, no matter how talented or suitable they are. After all, great actors make the movie what it is and the celebrity voice plays a huge role in that process.

2. Language learning
Since English is the most common source language for TV and films, many viewers around the world prefer subtitling in order to learn, practice or improve their English language. The same also applies for French, German and Spanish languages too. Many people prefer subtitling as that gives them the ability to develop their language knowledge and skills.

3. Poor dubbing can ruin an excellent content
Language localization is an expensive process. It’s a business service, after all, even though there is a huge artistic aspect that takes part in this process. As a business service, it’s exposed on all the risks other business services are- cost saving that leads to poor results, wrong choice of dubbing provider, poor voice talent casting, poor voice directing, the risks are numerous.
Unfortunately, the results are devastating for a TV program or a movie, which is a subject to huge financial investments and ultimately is not accepted or rejected by the general public.

4. Hard of hearing people
Hard of hearing people prefer subtitling as a content localization method. The alternative is headphones, which disables the other members of the family to watch TV or to set the sound volume on max which leads to the same result and could further damage their hearing.

Subtitling Cons:
5. If you want to follow the onscreen action, you cannot do anything else.
6. If you have a visual impairment, watching a subtitled program or a movie is a torture.

Do a research for the target country localization practices. You will be surprised how many things you don’t know. It’s really hard when you are responsible for localizing the content in many countries but that makes it even more important to research the practices in each country in order to achieve success with the content. There are 3 types of countries depending on the preferred localization practices and viewer expectations on localized content:

As targeted towards the kid audience, animations and cartoons are almost always dubbed.

Animation and cartoons are lip synched. Lip synchronization is a dubbing technique applied in order to match the actual lip movements of the onscreen characters. For you, as a content language localization manager, that means that using this technique will be more expensive and time consuming and that you need to work with a very experienced provider, very professional talent cast and a voice over director. When localizing animation, you cannot make a compromise on quality over pricing or the results might be disastrous.
Other used techniques are semi-lip sync and general dubbing (voice over) which are pretty self explanatory.

Dubbing vs subtitling: what are the tendencies?
Digital television expansion along with IPTV services has solved the issue of personalized broadcast that has been one of the main cons for Television in its battle with the Internet.
Television is becoming more interactive on the one side and keeping the advantage that the content is “pushed” to the viewers without demanding any efforts from them, on the other.

Conclusion:
With the development of broadcast and content display technologies, my strong believe is that viewers will take back the control over the content and be able to choose their preferred language along with dubbing or subtitling as their preferred language localization. Technology has made that possible and soon the language localization process will not be targeted on countries but on language groups. That means that if I am a Bulgarian native speaker living in USA, I will be able to watch “Lost” in Bulgarian through a US cable operator, sitting in my home in New Jersey. Besides, the European Union is working on a legislation which will entitle TV programs to fully localize and deliver the content to the viewers in their native language, no matter in which EU country they live. translations That shouldn’t lead to huge additional localization expenses as large TV networks are localizing their content in multiple languages anyways. So it’s just a matter of targeted broadcast and giving viewers the freedom to make choices.

If I should answer the question “Dubbing or Subtitling”, my answer is “Both. Viewers should be able to choose for themselves as modern technologies make that possible”.

I would also say, without any doubt, that in the near future, besides choosing a language, dubbing or subtitling, viewers will also be able to navigate the onscreen action and choose how the action will go and how the movie will end.

That’s a different story though and I will soon post another article on that topic.

6 Responses to Dubbing or subtitling